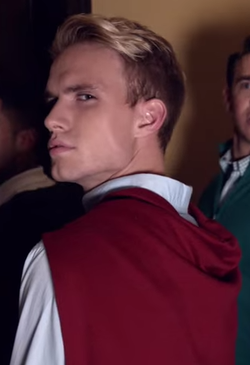 Cause of Death: Disemboweled by garden shears

Despite their being a clear curfew on campus in light of recent murders and a kidnapping,Dodger, twin Roger and girlfriend Chanel #5 went to Chanel O’s pumpkin patch to light some candles. The two brothers went inside the The Shining inspired maze and ran out to find Chanel #5 being attacked by the red devil wielding garden shears. For some reason the individuals present ran into the maze, trapping themselves whilst the red devil hunted them down.

During their escape Dodger and twin Roger could not agree on which direction to go and as a result started fighting.  First about the direction they should’ve run in and then about which of them Chanel #5 would choose. Against Chanel #5’s pleas to end it and run the two young men forced her to decided. Alas, she chose brother Roger and the two attempted to flee. Dodger recently dumped and looking for an out, was warned by hsi friends that walking backwards would prevent the footsteps from making sense in the snow. Unfrotunately their yelling led the Red Devil right to him and as he backtracked into the Devil’s waiting sheers his friends fled for their lives.

During a drunken fight with two red devils with chainsaws this young man sacrificed his arms and possibly his life to save club president Chad Radwell from death. Chad had been beaten senseless with a chainsaw by the red devil and was on his way to making the blotter himself. Fortunately this guy saved the day. His status is currently unknown.

The campus is still abuzz about the KAPPA sponsored Haunted House for Sickle Cell that ended with police, real corpses and a missing person.

The bodies of  Agatha Bean and Shondell Washington murdered within the past few weeks were discovered in a bedroom at 53 Shady Lane during a fundraising event.  The guests, local college students, hadn’t been aware the corpses they’d been posing with were actually victims of the Red Devil; a serial killer who’s been stalking Wallace University and targeting KAPPA pledges.

Bean was found posed on a mattress beneath a giant tombstone with a self-titled epitaph. Shondell had merely been thrown in the closet on a fold up mattress. 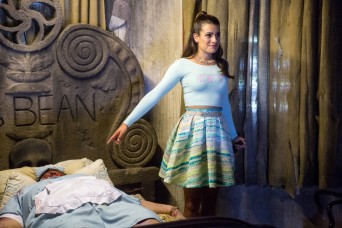 The head of missing co-ed Aaron Cowen more recently known as Coney the school’s replacement mascot, was found in the hallway leading to his body still in the Coney uniform and pinned against a wall.

Sonya Herfman affectionately known to her sorority sisters as Chanel #2, was found posed in the way she’d been displayed in previous social media posts but was visibly dead propped against the wall.

An unidentified woman known only as Mandee, former Wallace University drop out and witness to the heinous acts of 1995 was also found stabbed multiple times and then entangled in a garden hose and hung from the front of the property.

Police were notified by Zayday Williams during the event that the corpses rotting in the property were indeed not props but actually deceased human beings.The responding officer given the nature of the holiday disregarded the initial call. Ms.Williams has since gone missing and may have actually fallen victim to the Red Devil.

No missing person’s report has yet been filed on Ms. Williams, search teams are currently combing the area.

Who Do You Think Has Zayday?

The below poster is a fan created missing flyer. 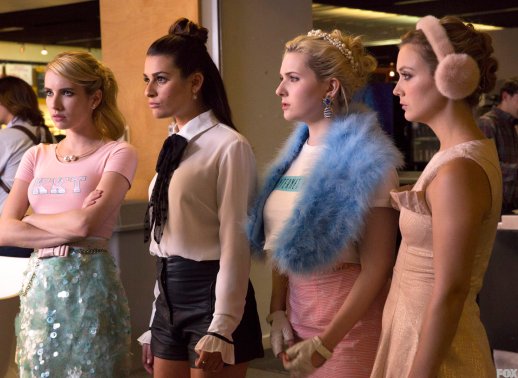 The room applauded Tuesday afternoon as the lovely ladies of KAPPA house committed several acts of violence against two males of a fraternity here on campus.

What started as a simple sexual harassment charge quickly escalated to an all out UFC style cage fight in which one of the sisters actually smashed one of the gentleman over the head with a trash can. Though thoroughly embarrassed both young men were last seen visibly concious. 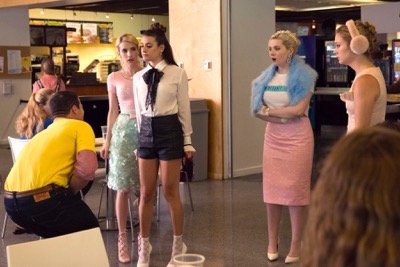 Aaron was a nobody essentially, that is until he was promoted to Ice Cream Cone mascot a gig he earned because the red devil mascot was being used as a menacing reminder of the serial murders happening around campus. He too met his end at the hands of Wallace University’s true mascot and the red devil dispensed of his replacement by crunching Coney’s cone. 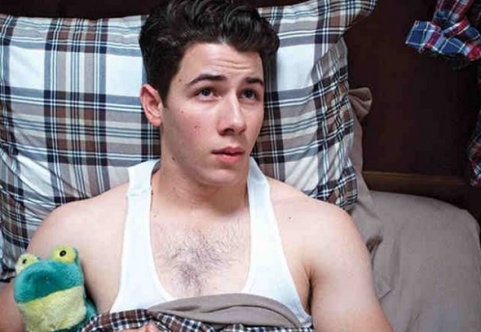 Cause of Death: Theatrics

Closeted homosexual, golf enthusiast and best friend to Chad Radwell, Boone’s “corpse” was discovered laid out on the dining room table like Jesus at the crucifixion, his throat presumably slashed. Though services were held Boone was miraculously resurrected like in another bible story and is apparently cooperating with the red devil.