It begins with a book recommendation and a purchase

It begins with a TV show and a binge session

It begins with a discovery of witches … book review

I am kicking myself for not having read this book sooner. I originally heard of the All Souls Trilogy  back when i worked for a company that won’t be named because they don’t sponsor me. LOL.

My coworker, another book fan soul sister recommended I check out the series. I made sure to buy all three of the books in the series and added them to my collection, TBR and 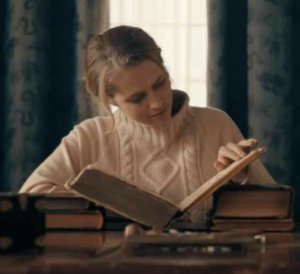 long list of books I’d been planning to read.

I’d even attempted reading the book on two separate occasions the last of which was a month long maternity leave when I couldn’t be bothered to do much of anything, especially reading.

This year however, I made it my first book of the reading season and despite a shaky start while trying to find time to read with a growing toddler attempting to crawl everywhere, I picked up a rhythm and finished the book in about three weeks.

Alchemical historian and Oxford resident Diana Bishop, descendant of the Salem Bishop’s has shut herself off form her magic. Until she requests a not so ordinary book from the Bodlien library one day.  This book, Ashmole 782, will bring a host of magical creatures she never expected to socialize with and unravel a secret engrained in the fabric of her life…and then there are vampires.

My first impressions of the book…

I absolutely loved this book. At it’s core it’s a pretty standard formula. Matthew is the tortured hero who falls in love with our female protagonist. That Matthew follows the tropes of all vampires is a bonus, he is brooding and secretive with a killer temper, but

he loves fiercely and his love for Diana though sudden is unbreakable. Diana for her part plays the typical female lead in a YA love story, though she possesses great strength and abilities that rival those around her, she is fearful of her power, spends most of the book being coddled and cared for and only begins to step into her own towards the final stages of the story.

It usually annoys me while i’m reading, and I won’t lie some of the ways Matthew condescended to Diana and left her out of things irritated me a lot. However, Harkness did something few people have dared to do form what I’ve read. She gave Diana her strength back.

The best part of the story for me was “watching” Diana go through a literal transformation. At the start of the book she is completely closed off from her magic. Her past fears and an unknown spell only allow her to do tiny tasks like grabbing a book or fixing the washer. By the final pages Diana is hopeful of what she can do with her

powers and is able to control them to some small degree.

I do frequently enjoy a good vampire love story and Matthew and Diana’s forbidden love gives me all types of squishy feelings.  Their relationship mirrors that of mixed race couples during the civil rights era. Simply because they are different they are forbidden to be together and by defying this law they are putting themselves and their families in danger. They will do it for LOVE. The fear some of the characters have for their children and the support Matthew and Diana get from friends, family other people who are like them is reminiscent of the real life struggles mixed couples faced.

It’s great when a story has a deeper meaning. As a person of color, whether Deborah Harkness intended for this to be the theme or not, what stuck out most for me in this story were the ways it portrayed the downside of generational racial inequality and prejudice. Matthew and Diana are two different races of creatures and because of that they are forbidden to be together.

In a society where the hierarchy of magical creatures places value on lineage and supernatural ability Witches and Vampires are at the top and Daemons are at the bottom, Daemons aren’t even allowed to congregate together.  The way Harkness developed the society and culture of the characters in the world of All Souls is one of my favorite parts. I absolutely love a well built world.

The characters in the A Discovery of Witches  really moved the story along for me. I’d watched season one of the tv show beforehand so I was able to actually envision the cast for the first few chapters. Once I really got into the story though, the characters became more alive and no longer seemed remotely close to the way the actors portrayed them. 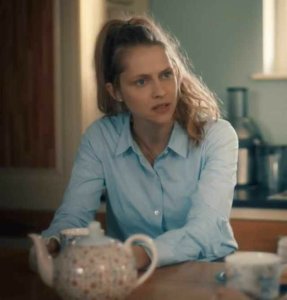 Diana can be annoyingly meek at times but has a resilient spirit. Her dedication to Matthew is on the one hand the stuff of feminist nightmares while the relationship as a whole draws you in. I root for this old fashioned chivalrous relationship despite being completely aware that he patronizes her and lies repeatedly. Because he’s a vampire? At one point it gets so annoying in the book I physically rolled my eyes. He eventually comes to respect her after she nearly dies trying to save his life and frequently blames himself for not being able to protect her. Even though she doesn’t seem to be able to protect herself either. Matthew’s decision  to aide her in learning her magic wins him brownie points in my book. His cute little French pet names for her makes my heart go fuzzy.

The way magic, magical creatures and the supernatural are sorted in this world is why A Discovery of Witches  is becoming one of my favorite series to read. Harkness took the

concept of the magical community and broke it down in a way that I’ve often thought about for my own writing.  Vampires long since believed to be “dead” are merely beings with an alternative metabolism that slows their heart rates and reserves energy. The term, sleep like the dead, was used as the explanation for why people thought these beings were in fact deceased.

Experiencing magic through Diana’s eyes as she finally learns to wield and control it is what kept me reading through the book. More than I wanted to know how the lovers would fair against their adversaries, more than I enjoyed meeting each new character that showed 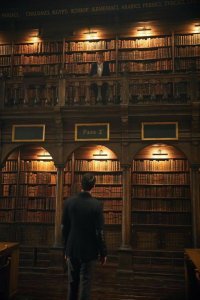 up at Sept-Tours and later the bewitched house in Madison. I enjoyed the magic and the history that was entertwined within the magic.

I guess that’s my reasoning for why I’m shirking my 2020 TBR and jumping right into Shadow of Night. I’ll be reading this along with a few shorter e-books I’ve promised to review from some lesser known authors so keep your eyes on the blog for a lot of new content.

My goal at the start of my read was to complete the first book of the All SOuls Trilogy  before season 2 of A Discovery of Witches started back on BBC. As I was checking my email this morning, sneek-peeks of the cast of season 2 are just being released, so I think I beat my deadline.

What Was Your Favorite Part of A Discovery of Witches? 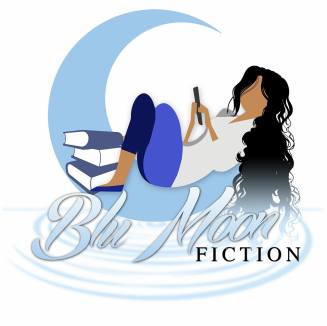